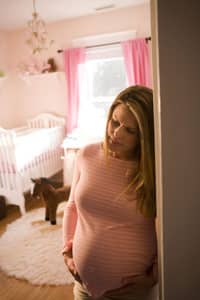 One of the most difficult, yet essential populations of people struggling with substance abuse includes expecting mothers. Women who are pregnant require additional care and delicacy to ensure safe conditions for both the mothers and the babies.

In the case of opiate addiction, this can be incredibly difficult, since withdrawal from drugs like heroin and prescription painkillers can be excruciatingly painful and the physical toll creates a high risk for miscarriage. As a result, the standard treatment for a long time has been to put the mother on methadone. It seems to work, but then the newborn must go through withdrawal during the first days of life. It creates a condition called Neonatal Abstinence Syndrome (NAS), and is an incredibly painful thing for a newborn.

The advent of buprenorphine has made this a bit easier, as the withdrawal symptoms are decreased in both severity and duration. According to the National Institutes of Health (NIH), the use of buprenorphine reduced the number of hospitalization days for the babies from over 17 to about 10.

Despite what many doctors would consider a significant improvement, hopefully researchers will find a way to safely withdraw a mother from opiates months before birth so that the newborn babies aren’t subjected to such a harsh situation. Could a longer-term taper from buprenorphine, say over a period of 60 or 90 days, reduce the symptoms enough to not produce a significant risk of miscarriage? Are there any other medications being developed to use instead that will not harm the baby? Hopefully, the answer is yes to one or both of those questions.

The problem doesn’t simply stop after birth, though, as the mother’s addiction still needs to be addressed, for her safety as well as the child’s. There are very few facilities that can provide treatment in a safe place where mothers and newborns can be together, an example of which is mentioned in New England.

Without places like this, which tend to have long waiting lists, most mothers seeking help have family members care for their children while they attend a residential treatment program. After completion of an inpatient facility, it is often advised for them to continue with outpatient treatment and support groups for mothers to assist in strengthening the healthy environment.