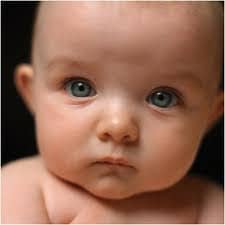 There is nothing that is much worse than knowing that the baby that you love and plan to raise is growing inside of the womb of a crack head. You can call her and do everything in your power to make sure that the baby is doing alright but you can’t stop her from putting the pipe down and you know it. It is a feeling of pure helplessness.

I wanted to just reach through the phone and shake her to get her to realize what she was doing but I couldn’t be mean to her because then she wouldn’t answer my calls at all. A mid-November due date was what we were anticipating so imagine our surprise when we got the call that a baby boy was born, our baby boy, on October 3.

It’s not their choice, IT’S YOURS!

The baby was three hours away and we were less than unprepared. We rushed to the hospital to find out that our new baby was addicted to crack cocaine. He was going to have to go through withdrawals that were relieved with regular doses of morphine. We were informed that his mother had received no prenatal care at all so the due date that she told us about was completely made up.

There he lay, helpless, with his little four pound frail body. He was unable to suck a nipple so he had to have gavage feedings. It would be weeks before he would be able to come home with us. During that time he suffered a brain bleed which led to an eventual diagnosis of cerebral palsy. He also now is prone to addiction because of the genetic link. Doctors say he will actually crave the drug when he is older. Regardless, we love him more than life.

Unfortunately, my son will not be standing alone. There are more drug addicted babies being born now than ever before. Many of these babies are being born to opiate addicted mothers that abuse prescription pain killers or even heroin. This is our future! Addiction is dependent on two things, environment and genetics.

We are creating an Addicted Future

Genetically, we are creating nothing more than a generation of guaranteed future addicts. Our son was this woman’s fifth baby that was taken away by the state for drug abuse. Did anyone try to make her get her tubes tied? Nope, it was never mentioned. At age 36, how many more babies could she have to increase the numbers of the forgotten generation?

There was a recent study conducted in West Virginia by the WV Medical Journal and the results concluded that one in five women abused drugs or alcohol during their pregnancy. Drug addiction is a major problem in pregnant women, stated Dr. David Jude, professor and chairman of Marshall’s Department of Obstetrics and Gynecology. These numbers are quite staggering.

There is no arguing that there is a shortage on programs and facilities that deal with pregnant women who are drug addicted. But, because of the surge in prescription pain pill abuse there are more grants becoming available and more programs that are catering to this serious problem. If you are pregnant and have a drug abuse problem know that there is help available and that you are not alone.