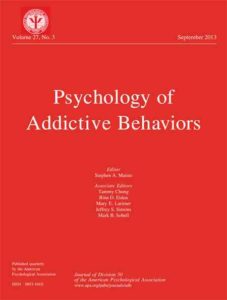 Teens prescribed anti-anxiety or sleep medication are more likely to abuse prescription drugs than those who had never been prescribed such medication.

The University of Michigan study examined prescription drug abuse among secondary school students, comparing findings for teens prescribed anxiolytic or sleep medications versus those who had never been prescribed such drugs. The results showed that adolescents who were given anti-anxiety or sleep medications during the study period were 10 times more likely to engage in recreational use of others’ prescriptions, while those who had been prescribed the drugs prior to the study were 12 times more likely to do so.

The Monitoring the Future (MTF) survey tracks the extent of substance abuse among teens and the results are published every other year. According to the latest MTF findings, 15% of high school seniors used a prescription drug non-medically in the past year, which is much higher than the percentage of teenagers using hallucinogens, ecstasy, salvia, inhalants or cocaine. Non-medical prescription drug use trails only marijuana and alcohol use among teens, but some progress is apparently being made.

Parents often worry about their children succumbing to illicit drug abuse, but some believe the reality is that prescription medications may be the greater problem. Unfortunately, in some cases, parents don’t question the use of prescription drugs to treat their teens’ anxiety or insomnia. They believe that if a doctor prescribes the medication, then it must be the right thing to do.

By keeping an ongoing dialogue with their children, parents can help alleviate teens’ anxiety by helping them feel they can talk openly to their parents about academic and social pressures without being judged or chastised. Candid discussions regarding the potential consequences of prescription medications—including side effects and possible dependency—to emphasize that prescription drugs should not be considered a harmless, quick fix for unwanted conditions.

Parents of adolescents to be alert for signs of substance abuse, and advises them to closely monitor the prescriptions of adult family members to determine if teens may be pilfering pills, ordering refills or otherwise accessing another’s prescription.