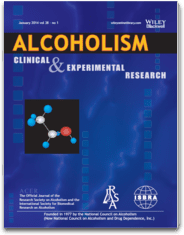 Researchers have identified yet another reason why children need to get adequate sleep, and learn good, healthy sleep habits from an early age. A recent study showed that children who did not get sufficient sleep, could not stay asleep, or stayed up too long before going to bed, were at a greater risk to develop an alcohol problem and/or engage in risky sexual behavior. While most parents understand that their child needs enough rest, this study shows just how vital it is to have a good bedtime routine and solve any sleep problems early on in a child’s life.

Researchers believe that the main reason why a child is at greater risk for poor alcohol and sexual behavior when they do not get sufficient sleep is because the brain has had less time to develop. The brain does most of its growing during sleep. This means that the areas of the brain that are responsible for self-control and behavior can become underdeveloped when a child is not getting enough sleep, or does not display healthy sleeping habits.

“Overtiredness in childhood has also directly predicted the presence of binge drinking, blackouts, driving after drinking alcohol, and a number of lifetime alcohol problems in young adulthood. The purpose of this study was to examine whether sleep difficulties and hours of sleep prospectively predicted several serious substance-related problems that included binge drinking, driving under the influence of alcohol, and risky sexual behavior,” explained Maria M. Wong, a professor and director of experimental training in the department of psychology at Idaho State University.

This is not the first study to indicate that sleep and the potential for addiction may be connected, however in the past the studies were conducted on children that were considered high-risk and only focused on hours slept. This new research, which appeared in Alcoholism Clinical & Experimental Research included more variables like; difficulty of falling asleep and staying up too long before falling asleep.