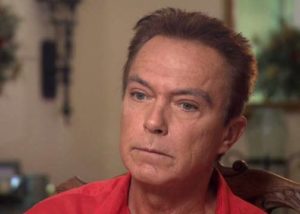 Singer David Cassidy was ordered to three months of inpatient treatment for alcoholism after pleading no contest for his latest DUI. The arrest occurred back in January, which was his third arrest for DUI in the last three years, and second within six months.

The former teen idol from the 70’s has had his troubles over time, and his manager had reportedly said that he had recently completed a treatment program. Hopefully this time a longer-term program will prove to be more successful for Cassidy.

Some states have much more harsh DUI laws, such as Florida that have a mandatory 10-year drivers license revocation for three convictions in 10 years. In California, there are different penalties for either taking or not taking the blood alcohol content test, as well as for subsequent offenses. Cassidy reportedly had a blood-alcohol level of .19, which is more than twice the legal limit.

His manager’s statements to CNN following the arrest indicated that Cassidy was stressed after having to appear in a different court case. This defense isn’t an excuse, as everyone deals with stressful situations, and it shouldn’t be used as a reason for endangering lives.

Detox and a good, long-term treatment program can help a willing participant to no longer be affected by everyday stressful situations, or at least how to deal with them properly so they do not become triggers for more of the past behavior. We wish Cassidy well on his journey to lasting recovery.