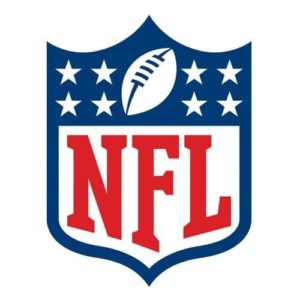 Several months ago a lawsuit was filed by several ex-NFL players alleging that the NFL provided prescription pain medications illegally and helped to contribute to several prescription drug addictions. After the lawsuit was made public, the government got involved. Federal agents are now looking into the allegations. The FBI is concerned about reports that players say they were given painkillers without a prescription and not told about the harmful effects of taking pain medications. They are also concerned that many players are saying that instead of receiving the medical attention they needed they were just given painkillers and sent back on the field.

“We are pleased to learn that the DEA and United States Department of Justice are also taking our clients’ allegations seriously and are actively protecting the welfare of NFL players” explained Steve Silverman an attorney representing some of the players in the lawsuit. Silverman is also excited that the Feds are investigating the NFL because it may provide the prosecution with evidence that wasn’t otherwise available to them when filing the lawsuit.

A DEA spokeswoman commented that they were unaware of any prescription painkiller abuse in the NFL prior to the lawsuit being filed. She went on to say that the DEA is interested in looking into the case further because they are concerned with the growing number of people addicted to painkillers and the link between painkillers and heroin abuse.

The lawsuit filed by the ex-NFL players was the second lawsuit filed that falls under the broader problem of long-term health complications experienced by players after their careers ended. There is a growing concern among league members that NFL executives do not take care of their players when it comes to health problems sustained from participating in the tough game. The first lawsuit alleged that the NFL did little to protect the players from brain damage received during play.

Now that the DEA has come on to investigate the NFL, many are wondering what sort of evidence they will find involving prescription drug abuse. Players, lawyers and fans are all waiting to see the outcome. Hopefully any wrongdoing can be corrected and those suffering in addiction can find the help they need through effective treatment programs.