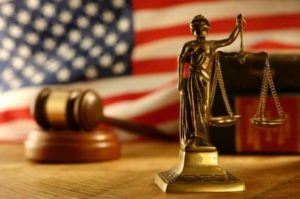 Focusing on just one aspect of getting a person off drugs has not worked on the past. Federal and state funding into the prison system with hopes that it will combat the growing drug abuse problem has not been not worked, but at the same time there are people abusing the treatment system without intent to change and are instead just trying to avoid a jail sentence.

Lawmakers and other officials are hoping that focusing on a combination of treatment and judicial intervention may provide the answers they have been looking for. Allowing offenders to sign up for treatment but incarcerating those who repeatedly violate that treatment might create a necessary balance between rehabilitation and accountability.

Treatment centers are a more humane and logical route to take to get someone off of drugs. They allow the individual to address the problems that led to the drug or alcohol use in the first place and provide an environment where substance abusers can begin to develop alternative solutions to problems in life and other coping mechanisms that don‘t involve alcohol or drugs. Treatment centers give an addict the opportunity to live life without the constant haze that accompanies drugs and alcohol. However, some people see treatment as a way to trick the system. Some people that get remanded to a treatment center in lieu of prison time take advantage and continue to use drugs and alcohol.

When a person continues to violate the terms of the treatment center, many officials feel it is time to send them back to prison. One way that state agencies are monitoring this is by implementing a lottery that randomly drug tests individuals.

Minnehaha County in South Dakota is one county that has implemented these random drug test procedures. The county has had such a problem with methamphetamine that they have come up with a program called HOPE. Addicts are required to call in, if their number is listed they are to report to the facility where they are drug tested. Violators are sent back to jail, those who have remained clean continue on with their treatment program.

Programs in other areas might fall under the community sentencing or drug court programs, all of which have shown that if they divert as many people to treatment as possible, without letting them completely off the hook, positive results can be obtained.