Substance abuse and addiction tear the fiber apart of individuals, families, and communities. In 2009, in the US, there 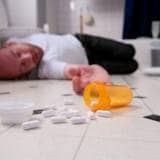 were close to 16,000 overdose deaths caused by prescription painkillers. That number had increased by four times over just a decade, according to the Office of National Drug Control Policy.

New funds are allowing programs like the one started in North Carolina to be born. Project Lazarus began because of an extreme number of deaths caused by the prescription drug abuse epidemic.  This group helps the community and healthcare professionals prevent and intervene in drug overdoses.

Wilkes County, North Carolina is the home of Project Lazarus and they have seen a dramatic reduction in the number of overdose deaths caused by opiates. From 2009 to 2011, there was a reduction by a staggering 71%. These results are similar to those of other organizations such as this one.

There is power in education and prevention. The Office of National Drug Control Policy is furthering their efforts to help parents, teachers, the young, the old, and everyone else put a stop to drug use in their own communities. Two programs that are being used as effective tools include the “Above the Influence” media program and the Drug-Free Communities Support Program.

These organizations understand that prevention is not always successful but when prevention does fail that treatment is the next viable option. The United States Presidential Administration supported these efforts with their endorsement of the Affordable Care Act, which has allowed more people to seek treatment for substance abuse problems.

August 31 represents International Overdose Awareness Day and acknowledges the sadness of drug overdose. September is National Recovery Month. These efforts are all ways to bring the topic to the forefront and offer education while sharing in pain and suffering. These are ways that so many people are making sure that every single overdose is preventable.