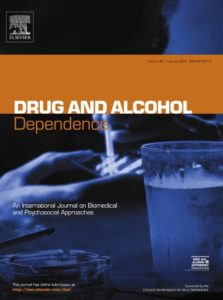 A new study from the Cincinnati Pediatric Research Group shows that teens are more likely to start smoking or drinking with each additional symptom they have of attention-deficit hyperactivity disorder (ADHD) or conduct disorder.

Dr. William Brinkman, research director at Cincinnati Pediatric Research Group, analyzed data on more than 2,500 teens aged 12 to 15 in a national survey conducted with their parents between 2000 and 2004. The research team at Cincinnati Children’s hospital identified teens with ADHD and/or conduct disorders, and then compared the teens’ usage of tobacco and alcohol to see if there is a link between ADHD, conduct disorder and substance use.

Brinkman found that nearly half of the children in the study had at least one ADHD symptom, and nearly 15 percent had at least one conduct disorder symptom. For each additional ADHD symptom related to inattention, the risk that a teen would use tobacco or alcohol increased by 8 – 10 percent.

For the small percentage of children diagnosed with both ADHD and conduct disorder, the teens were more than three times more likely to use tobacco or alcohol.

“Our findings underscore the need to counsel families about the risk of substance use as [these] children approach adolescence,” said Brinkman. “This need is heightened among children with ADHD and/or conduct disorder diagnoses or symptoms.” He also said more research may provide clues as to why the link exists between these disorders and substance use.

Dr. Glen Elliott, chief psychiatrist and medical director of Children’s Health Council in Palo Alto, California says it is important to emphasize that not all teens with ADHD follow this path, just a higher percentage than those without ADHD. “We believe it is a combination of impulsive decision-making and perhaps the social strain that ADHD can place on the individual, who may feel unable to connect with peers in socially acceptable ways and therefore more vulnerable to trying other methods such as doing things peers dare them to do or that they view as ‘cool’ or ‘adult.’ ”

Elliott said the study does provide new insights into the relationship between ADHD and conduct disorder, but it sheds little light on whether treating ADHD might change the risk of starting to smoke or drink.