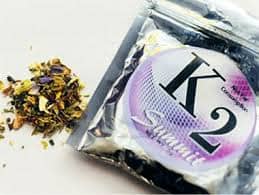 The onslaught of different types of synthetic drugs in America and around the world has been extremely challenging for law enforcement to keep up with. Chemical compounds with various structures sold as anything from bath salts to plant food are often labeled as “not for human consumption” to try and skirt laws, but retail outlets are fully aware of their intent.

Officials have the tedious and long job of sifting through the ingredients used to make synthetic drugs and classifying them as illegal. This process can take years and without much satisfaction when the job is complete, because by this point the drug manufacturers have already changed the recipes. Capitalizing on this loophole, those creating and selling the substances are essentially able to push legal drugs that produce similar highs as other illegal drugs. Since these drugs are legal in many areas, they are also allowed to be sold in many stores. Children are then able to purchase drugs from their local convenience store – a practice that is harming many young people throughout the country.

The drugs are powerful concoctions and the user has no way of knowing how their body will react to the chemicals. In order to combat the growing synthetic drug problem and stay one step ahead of the manufacturers, new legislation is being passed in many states, such as the one recently introduced in Iowa. This new bill would allow law enforcement to take synthetic drugs off the shelves if they are found to be mis-advertised or if the packages are misrepresenting the substances.

Sidestepping the lengthy process of making the components of the drug illegal and going directly for eliminating the products off the shelves of stores keeps the drugs away from many people who could otherwise become addicted to, get sick from or even die after consuming these synthetic drugs.