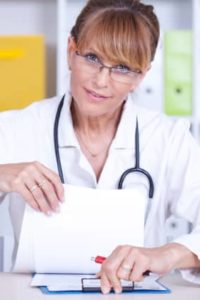 Despite the fact that the nation is clearly struggling with a drug abuse problem, there are not enough treatment programs to properly care for the growing number of users. Additionally, many families of addicts have not been educated on the effectiveness of rehabilitation facilities, or how successful drug and alcohol interventions can be.

This causes many substance abusers to go throughout life with their problems going unaddressed and some even fall victim to overdose deaths. The current reports indicate that almost 44,000 people in the United States die from drug overdoses a year. The number of people dying from overdoses has surpassed deaths caused by automobile accidents and other forms of injury as well.

Educating the general public as well as legislators on the necessity of treatment is an important job of public officials and healthcare providers. Anyone who is struggling with an addiction to drugs and/or alcohol increases their chances of achieving and maintaining sobriety if they enroll in a treatment facility. However, there is a constant problem with the lack of treatment programs and not enough beds in the treatment facilities that do exist for residential care.

“We know addiction treatment saves lives, reduces drug use, reduces criminal activity and improves employment. The data is there, the evidence is in, but our public policy has not caught up with the science,” explained Paul Samuels, president and director of the Legal Action Center.

There are generally two types of treatment centers available to addicts. Publicly-funded treatment centers generally fill up quickly and even have waiting lists that can be weeks long. Although maybe no an ideal situation, a large number of people are successfully helped in these programs every year.

The other type of treatment center is private pay. While these are often more expensive, it is more likely that they will have a bed available for someone to enroll. Oftentimes these types of treatment centers take insurance as well, and with expanded coverage there has been a bit more access.

In order to put a significant dent in the amount of people who suffer from addictions to drugs and alcohol, more treatment options need to made available. While the current White House Administration has proposed additional funding to increase treatment capacity, it really takes much more of a policy shift to accomplish substantial change. Lawmakers must enact ways to not only make more beds available, but also support best practices that are successful in getting people enrolled in treatment.