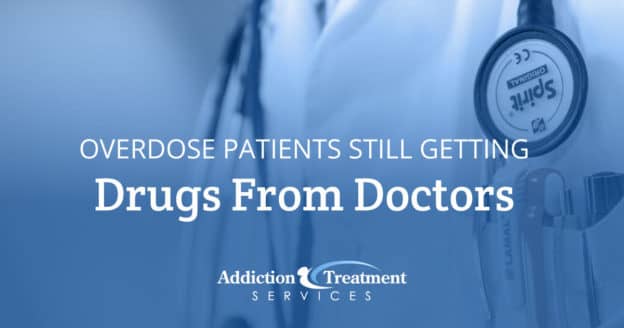 Patients who are admitted into the Emergency Room for prescription painkiller overdoses are often still given prescriptions for their drug of choice well after they have had near fatal problems with pills. This is likely due to the fact that ER doctors very rarely communicate with the patient’s prescribing doctor. This significant oversight has caused many patients to continue abusing prescription painkillers and risk further overdose. Researchers at Boston University School of Medicine came to this conclusion after investigating information provided by insurance companies. The study was published in the Annals of Internal Medicine.

“Seventy percent of patients who overdosed were getting their drugs from the same doctor who prescribed the narcotic before the overdose…This signals a problem with the health system, but I don’t think it necessarily fingers doctors as being bad doctors,” explained Dr. Marc Larochelle, an assistant professor of medicine at Boston University School of Medicine.

Doctors who are treating patients that are prescribed prescription painkillers cannot rely on them disclosing the fact that they overdosed. Those who are addicted are not likely to admit to this for fear that their drugs will be taken away or they will be forced into treatment. In order to effectively handle this problem, Larochelle says that Emergency Room doctors and prescribing doctors have to communicate.

This is especially important because the Centers for Disease Control and Prevention (CDC) released information stating that prescription drug overdoses are at an all-time high. According to reports, 47,000 people in the United States passed away from drug overdoses, that is a 14% increase from the year before. These numbers are only projected to increase if doctors are not aware that their patients are being treated for overdoses from the pills that are being prescribed.

As the prescription painkiller problem continues to grow, medical doctors are being cautioned about perpetuating the problem by prescribing the drugs to people who abuse them, however the problem may be better addressed if more information was shared, such as with prescription drug monitoring databases. Emergency Room doctors, patients, loved ones and other medical professionals need to maintain communication for the safest prescribing practices and to help minimize future overdoses.