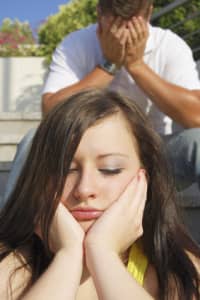 As the drug problem in the country continues, it is clear that addiction does not discriminate. One cannot judge a person based on their position in society, education or family history. Unfortunately, many children across the United States have grown up living with an addict as a parent. The effect this can have on a child can be devastating for some.

According to recent reports, 12 percent of children in the United States are currently living with someone who is addicted to drugs. This means that there are over 8.3 million children who are surrounded with the destruction that comes along with a substance abuse problem. As if this statistic was not bad enough, the odds that a child of an addict becomes an addict themselves are greatly increased. Perhaps seeing person that they love so much succumb to an addiction makes it ok for the child to do the same, or perhaps these children have given up on living any other sort of life, or maybe they are trying to be like their parents and it is purely a learned behavior. For whatever reason, the addiction problems and related behaviors continue on through many of these children.

Several years ago a study was conducted to assess the damage created in children who have gone through traumatic or threatening life experiences. The study was called the Adverse Childhood Experiences study. The study showed that almost 27 percent of children who fell into the category of an adverse childhood had someone close to them addicted to drugs and/or alcohol. The study further concluded that these children had an increased likelihood to become addicts themselves, acquire a sexually transmitted disease, become obese and have other health problems like heart disease, liver problems, and chronic lung problems.

Addiction is a selfish behavior, and when an addict has children they often suffer tremendously for a long time to come. Many times when people are approached about going to treatment, they do agree to go in order to try and be better parents. When substance abusers fail to protect their children, then society often intervenes and removes the kids from the unhealthy environment, when the far better scenario in most cases is to ensure the parents get the treatment they desperately need.