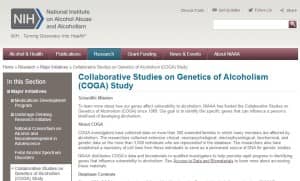 A group of researchers at Indiana University are studying the effect that gender and environment have on drug abuse. The study examined men and women to see the effects that gender, social environment and genetics had on drug addiction. The results of the study indicated that there is a definite link between the three areas of study and drug abuse.

While scientists have known for a long time that gender plays an important role in the type of experiences a person has, it was interesting for researchers to add in the element of genetics. Men and women go about their day differently, get treated by their families differently, have different responsibilities and have different ailments that they are predisposed to. Taking all of this into account, researchers looked at the different sex’s susceptibility to drug use. For instance, men who have strong ties to their families and who are protected by their families are less likely to abuse drugs. Women, on the other hand, are more likely to abuse drugs if they are sheltered by their families. The data gathered indicates that women have too many pressures on them when they are isolated like that and can resort to drugs and alcohol as coping mechanism.

“It is likely that gene-environment interactions may operate differently for men and women, perhaps because they experience some aspects of the social world in divergent ways. In families and communities, for example, women often bear more responsibility for developing and maintaining relationships, and do more of the care work that is required in those contexts. We cannot assume that a social environment that is favorable for men, and thus reduces the harmful impact of a risky genotype, is also beneficial for women, or vice versa,” explained Brea Perry, medical sociologist and lead researcher of the study.

The conclusion of the study was important because it shows people that men and women respond to environmental factors differently. While genes and gender play a large role in determining a person’s susceptibility to drug use, environment factors play an equally large role as well.