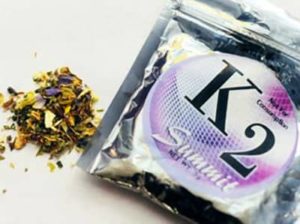 New Hampshire Governor Margaret Hassan declared a state of emergency this week after dozens of overdoses on a type of synthetic marijuana called “Smacked.” With more than 40 overdose situations in just three days, the Governor issued the declaration with the belief that there was a serious threat to public health.

The move allows the Department of Health and Human Services the power to “investigate, isolate or quarantine and require the destruction of the commodity in question”.

“These products pose a serious threat to public health, especially to young people, and it is our responsibility to do whatever we can to combat the recent rash of overdoses,” Governor Hassan stated in a release.

While they are specifically looking for Bubble Gum flavored Smacked, other brands of synthetic marijuana are still considered dangerous. In all, these substances are generally referred to as Spice. There have been many documented problems with these chemical compounds throughout the country in recent years.

According to the National Institute on Drug Abuse (NIDA), spice users may experience symptoms such as rapid heart rate, vomiting, agitation, confusion, and hallucinations. The compounds can also raise blood pressure and cause reduced blood supply to the heart and even cause heart attacks. Regular users may experience withdrawal and addiction symptoms.

The State of Emergency in New Hampshire will remain in effect for a period of 21 days unless otherwise ordered. One problem that many states face with these and other synthetic drugs is that chemists continue to formulate different variations that keep them a step ahead of law enforcement or other regulators before they know about them and can get them banned.

We have seen multiple people over the years seek treatment help for synthetic marijuana abuse and addiction. Unfortunately, the use of these drugs continues to climb around the country, especially among adolescent populations.