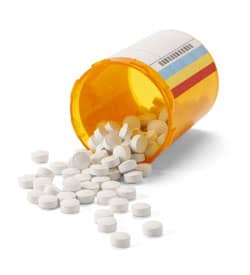 Benzodiazepenes are strong anti-anxiety prescriptions that millions of people across the United States are taking, and many of them are abusing the drugs. Medications like Xanax or Klonopin are commonly prescribed to treat anxiety and insomnia in patients. However, doctors are noticing an alarming trend with these medications. Those who have been on the drug for a long period of time are experiencing adverse effects and are becoming highly addicted. Some patients are speaking out and saying that they wished they had never been put on the drug, or that they had done more research on the potential of the severity of their dependence.

Kelly McMillian started taking Klonopin in 2008 when she was 29 years old. She had gone to her doctor complaining of anxiety and insomnia. At first the medication worked wonders on her symptoms but then she realized that she couldn’t stop taking the drug. If she went a day without the powerful medication her anxiety would become extremely intense, and she wouldn’t sleep. She realized that she had an addiction to benzodiazepenes. In order for her to get off the drug she had to adhere to a strict program to slowly lessen the amount she was taking, so as to not have a seizure or any other of the harmful withdrawal symptoms that are associated with a benzo addiction.

In 2011 the amount of people passing away from drug overdoses surpassed that amount of people who died in drunk driving related accidents. Armed with that alarming news, doctors should be more vigilant in prescribing drugs that are highly addictive, like Xanax. Abruptly stopping a Xanax or any kind of benzo prescription can be extremely dangerous and life threatening. Doctors caution that those who want to stop taking benzos do so under the care of a physician. Some withdrawal symptoms that can occur when a person stops taking benzos are; seizures, insomnia, severe anxiety, intense cravings for the drug and suicidal thoughts.

The state of Colorado has noticed that more and more people in the state are addicted to benzos. Reports show that the amount of people who died from benzo-related causes have almost doubled between the years of 2003 and 2012. Law enforcement cautions that benzos are most dangerous when mixed with alcohol or other drugs.