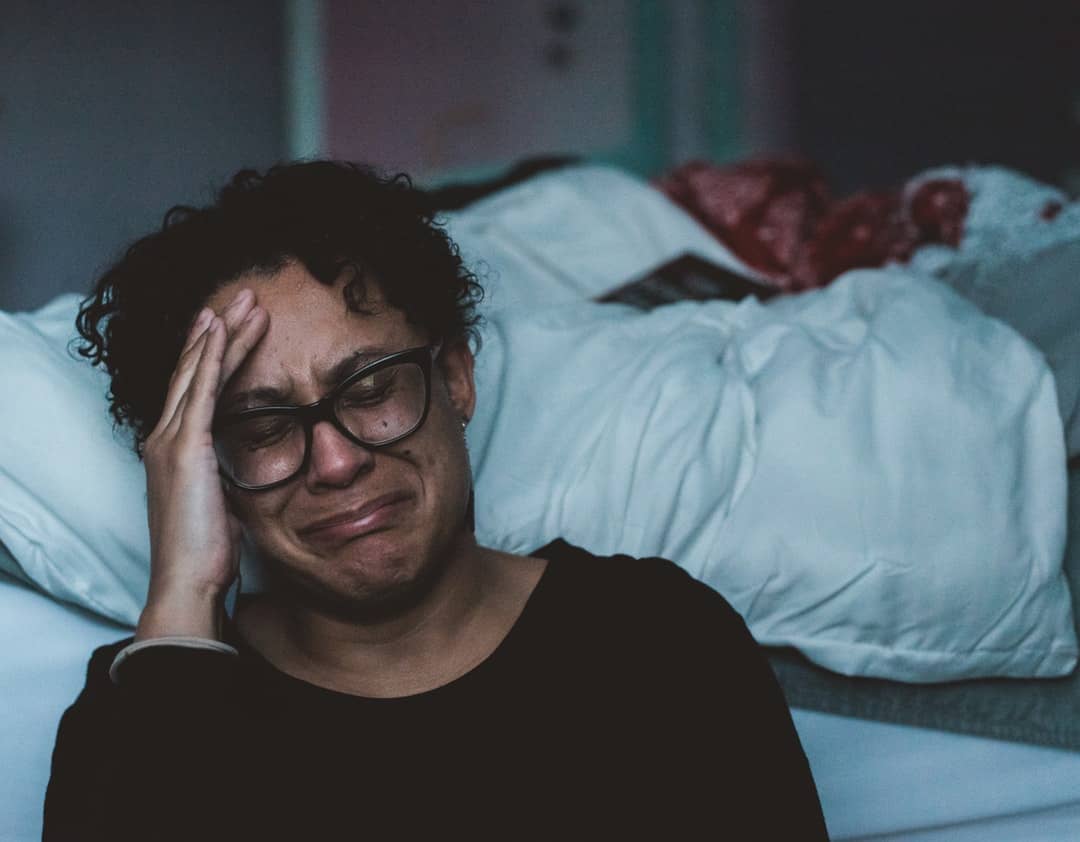 The DEA released a 164-page report on the opioid crisis in 2018 that indicated that prescription drugs and heroin, in particular, were responsible for the most drug-related deaths since 2001 reports USA Today. But at the same time, data contributed to that report by the CDC noted that the years 2017 and 2018 were starting to see a decline in numbers of heroin-related deaths. It’s likely that is due to the fact that more and more people are getting help for their heroin and opioid addiction. Avoid becoming part of the grisly side of those statistics, by learning everything you need to know about the heroin comedown and heroin addiction recovery.

Just because the number of heroin-related deaths may be declining, that doesn’t mean that heroin is no longer a problem. We know that heroin is a quick acting drug, a fast-acting addiction, and a problem with a very long recovery period. that is the opioid crisis.

The term opioid crisis is on the news almost every single day, and the drug heroin is a very big part of that problem. Today heroin is being mixed with a number of other drugs as well, such as fentanyl. This is contributing to the opioid crisis and leading to more heroin-related overdoses.

While heroin-deaths may be on the decline, heroin issues are still showing up in today’s emergency rooms every single day. The CDC reports that in 2016, nearly 948 thousand Americans admitted to using heroin, which is approximately 0.4 heroin users per 100 Americans.

In the year 2015, 81,326 emergency department visits occurred for poisonings related to heroin. That’s 222 visits a day due to heroin in emergency rooms across the country.

While deaths may be declining, heroin poisoning is still a very big problem.
What happens after those emergency room visits? The heroin comedown.

Heroin addiction is a multi-pronged problem and a large component of the opioid crisis. Addiction happens in one minute, but the recovery is a prolonged process that begins with the heroin comedown.

The heroin comedown and the withdrawal symptoms associated with that may be difficult to recognize.

Why is Heroin so Addictive?

Heroin is so addictive because of its properties and its chemical makeup, and because of the effects on the body that those properties create.

Most people of adult age have heard of the word “heroin.” But many don’t know how complex the heroin problem is. It’s a complex drug that launches a complex and multi-billion-dollar problem in the United States.

The drug is an opioid that is made from the medication known as morphine. Morphine is a drug that comes from the pods of poppy plants.

Those pods from the poppy seeds are then used to create heroin. It’s a powder substance that can be white, brown or black.

It’s sometimes seen as a black sticky substance that is tar-like. It can be known by a number of names such as smack, hell dust, big H, or horse, among many other names.

Because it is an opioid, it creates an almost instant-like pleasure inducing experience in the brain. It reaches the brain rapidly once it is consumed, and binds to receptors in the brain that create instant pleasure.

This “high” is what heroin users are chasing. The pleasure centers in the brain activate a dopamine surge, and it’s almost an instant addiction.

The manner in which the brain absorbs the drug is why it is so addictive. The National Institute on Drug Abuse reports that heroin use is more common than prescription opioid use in recent years, due to the fact that it is lower in cost and easier to obtain.

That and the manner in why heroin is so addictive is why heroin is such a big part of the opioid crisis. Understanding the risk factors and the heroin comedown is the biggest component in recovery and coming out the other side.

The CDC reports that nine out of 10 Americans that used heroin in 2013 had a history with prescription drugs, or had at least been treated with one other medication.

Prescription drugs such as Oxycontin and Vicodin are among the medications that are reported to be the most dangerous gateway drugs to heroin. These medications are similar to heroin in their pleasure inducing effects.
Prescription opioids are a significant risk factor for heroin addiction.

The CDC notes that further risk factors are people between the ages of 18 and 25, white, live in urban centers, and making less than $20,000 a year. People addicted to alcohol, marijuana, or cocaine, are also exposing themselves to the risk factors for heroin addiction.

The Mayo Clinic also notes other risk factors. Those include a family history of addiction, mental health problems, peer pressure, disassociation with family, or a history of injecting other drugs.

Those who consume drugs at an early age are also exposing themselves to the risks associated with the gateway to heroin addiction. There are many risk factors that lead to this addiction, and these risk factors are indicating why heroin is more dangerous than it ever was before.

When someone presents at the hospital or emergency room with a heroin addiction, these risk factors can be identified. This is when the heroin comedown begins.

But we can help with addiction recovery by understanding the signs of heroin use, and prevent the emergency room visits in the first place.

Signs of heroin addiction are similar to what other signs of any addiction include. They are behavioral and family and friends will generally notice changes in normal behavior.

Because heroin is so addictive, users need to take more and more once they start the habit. This is because they develop a tolerance to the initial dosage, and need higher amounts once they become hooked, which happens very quickly.

Once the brain becomes accustomed to it, it needs more to activate those pleasure centers. It is this tolerance that leads to the cravings for that high.

Once someone is addicted in this capacity, the behavior changes begin. The user will do anything to obtain heroin.

The Mayo Clinic notes that some signs of addiction include a preoccupation with needing the drug. They note that additional drug addiction symptoms include:

These signs of heroin addiction will come up in discussion during the heroin comedown.  Either inpatient or outpatient treatment for recovery will be required. For severe detox situations, what you’ll find in in-patient treatment will help with all of these problems.

After the signs of heroin use appear and are identified, recovery is an important next step. When someone is coming down off of a heroin high, they will experience withdrawal signs and symptoms that are known as a heroin comedown.

Because heroin impacts the body in a physical way, the heroin withdrawal period is a physical one. This includes insomnia, anxiety, tearing of the eyes, aches of the muscles, yawning, sweating, agitation, and a runny nose. These are the early withdrawal signs after heroin use.

The Mayo Clinic reports those symptoms can occur within 12 hours of the last heroin use. Users with some of these symptoms should not try to detox at home.

Because there are different levels of detoxification, recovery through the heroin comedown is safest in a clinical or hospital setting.

What is Heroin Comedown?

The American Addiction Center reports that heroin is a short-acting drug. The high is achieved quickly, but heroin also leaves the body quickly and as such, withdrawal symptoms will arrive quickly as well. This is the heroin comedown.

The American Addiction Center cites the National Highway Traffic Safety Administration estimations that those symptoms can arrive as soon as 6 hours after the last heroin use. They will peak within two or three days, lasting five to 10 days in total.

The American Addiction Center notes that detoxing in a medical setting is the safest way to detox from heroin, in order to avoid a heroin-related overdose death.

A medical detoxification usually starts before heroin is out of the system, and can take up to a week. For someone that is heavily addicted to heroin, it could last a little longer.

Medication can help with heroin comedown treatment, and all vital signs will be monitored. Heroin comedown symptoms will not be the same for everyone.

Factors that impact how long recovery will take include the following:

Heroin use induces a pleasure-like feeling, and heroin withdrawal induces the opposite.  When heroin is being used, euphoric feelings occur, with decreased heart rate and low moods.

Withdrawal symptoms might be the opposite, depending on how severe the addiction is. Problems with breathing may occur, cravings for the drug, rapid heart rate and increased blood pressure may occur, as well as muscle spasms. An inability to feel pleasure is also one of the heroin withdrawal symptoms.

The only way to prevent the heroin comedown is to avoid using the drug altogether. It is that dangerous. But withdrawal can be easier, and safer, with support. This support can come from family and friends, as well as the medical community.

Withdrawing from heroin is not necessarily dangerous in and of itself, but due to the number of physical symptoms that occur with a serious heroin withdrawal, recovery is best supported in a clinical setting. As well, there are some complications with a heroin comedown that could be life-threatening.

Heroin withdrawal is associated with depression that could lead to suicidal tendencies. Severe use should not ever be stopped without professional recovery support.

Heroin use activates dopamine in the brain which leads to pleasure feelings that are so high the addiction begins. When use is stopped suddenly, dopamine levels crash in the heroin comedown, and this leads to emotional changes with a sudden dopamine drop.

As such, treating heroin addiction in a safe support setting will be multi-pronged. Medical such as methadone or suboxone can be used to treat the addiction during the heroin comedown.

But mental health support is also recommended. There are different treatments and therapy options for heroin addiction.