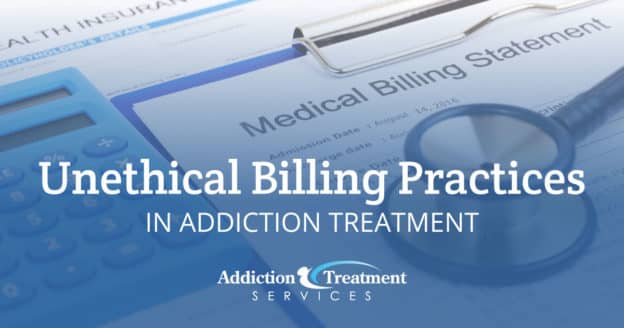 If you’re seeking treatment for addiction to drugs or alcohol, carefully research your options. The treatment industry is home to scams and unethical billing processes.

Addiction Treatment Services knows the industry and can help you find a worthwhile treatment program. Protect yourself and your family and find real hope for recovery.

Narco Freedom operated 18 treatment facilities until a federal judge shut it down. The nonprofit’s founder and his son used the millions they stole from facilities to buy luxury homes and condominiums in New York and Florida. They drove expensive cars and lived a lavish lifestyle with money that was supposed to help patients recover from addiction.

Authorities say Narco Freedom founders Jason and Alan Brand lured residents into treatment centers by offering a place to stay, and then they engaged in Medicaid fraud and other illegal activities.

When the facilities closed, some patients found new treatment centers, but many returned to the streets. The judge ordered information posted on the building to redirect patients seeking methadone doses to other clinics, but the change may have made it more difficult for those already struggling with addiction.

Some doctors prescribed and distributed unnecessary opioids. They billed more than $164 million in fraudulent Medicare claims. They gave highly addictive narcotics to patients who didn’t need them, profiting in the process.

One rehab facility recruited patients by offering gift cards, strip club visits and drugs. They billed Medicare for more than $58 million. Meanwhile, a Houston clinic gave out 12,000 opioid prescriptions for cash. Facilities that should have offered hope and recovery instead made addictions worse instead.

In these arrests, defendants allegedly billed for treatments patients didn’t need, and in many cases didn’t receive. When co-conspirators helped with the scheme by providing information, medical professionals paid them cash kickbacks.

In June 2016, a similar takedown took place. The Medicare Fraud Strike Force brought charges against another 301 health care professionals for more than $900 million in fraudulent billing.

Kenneth Chatman ran a small treatment facility some described as a house of horrors. As a felon, he couldn’t open the center in his own name, so he talked his wife into putting her name on the paperwork.

The court sentenced him to more than 27 years in prison and required him to register as a sex offender for what happened in his Florida clinic.

Chatman admitted to keeping female patients locked up in a sober home and offering them for sex online. The prosecution’s attorney said he marketed them to fetish customers. One 19-year-old woman said Chatman kept her shackled and sold her to more than 100 men over four weeks.

Chatman bragged he could sleep with his patients for $50. When patients stayed in his sober homes, he allowed them to do drugs as long as he could keep billing their insurance. One mother confronted Chatman at trial about her son who had overdosed and died, and Chatman had no memory of her son’s name.

He allegedly controlled some patients by withholding medication and food stamps. Chatman’s lawyer argued the whole South Florida drug treatment industry is corrupt, and his client was just a victim.

Best-Freeman billed insurance carriers for treatments the clinic did not provide. She also altered or forged documentation to bill more for other services. She promised co-conspirator Robert Cramer $2,000 for finding prospects who would be willing to help submit false claims.

Despite being at the helm of a rehab facility, Best-Freeman had convictions for driving under the influence and driving a motor vehicle without a license.

How to Avoid Frauds and Scams

These are only a few examples of fraud and unethical practices within the drug and alcohol treatment industry in the U.S. New tactics are cropping up every day.

When greed motivates individuals to behave unethically, they continually find new ways to steal money and avoid the law. People seeking treatment and their families are the victims of their crimes.

However, just because some facilities have been crooked doesn’t mean they all are. Caring professionals whose goals are to help those in recovery break the cycle of addiction are in charge of many facilities throughout the country.

To avoid being a victim, have a professional help search for, vet and enroll you in treatment. Avoid fraudulent insurance charges and other unethical practices. Addiction Treatment Services helps patients and their families quickly enter legitimate treatment programs that can offer help and save lives. Call today if you’d like help in your search for treatment.