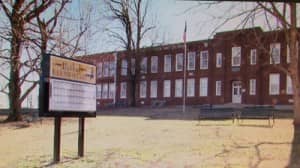 A Kentucky family recently purchased an old elementary school with the intent to turn it into a drug rehabilitation facility for women. Erica Williams said her family was in the process of setting up the treatment center in honor of her sister, who had died of a drug overdose in April of 2012.

The Michelle Williams Life Skills Academy has hired a director and is in the process of obtaining non-profit status to begin fundraising. The building does need some modifications as well as additional staff. Their goal is to have residential beds to treat between 10 and 15 women using a three-phase 12-step rehabilitation program that will include education and job training. It is scheduled to open in a few months, pending the necessary funding.

There have been many cases where family members who have lost loved ones to substance abuse have sought to help others avoid the same fate. Some families donate to treatment centers and related charitable causes, while others become more active in volunteering and speaking out. One of the most famous examples, was the Chris Farley Foundation, which was set up to educate young people about substance abuse after the comedian died of an overdose. The Chris Farley Foundation operated for ten years and worked with many thousands of people across the country to raise awareness.

As things continue to progress in Kentucky, the Williams family will hopefully be able to help save many lives by helping to rehabilitate women in need of treatment there.