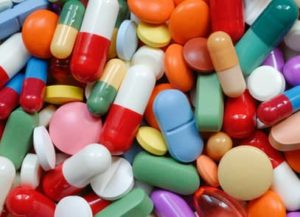 Schools throughout the country have realized that they have a responsibility to their students and community to do their part in fighting against teen substance abuse. While the notion isn’t new, the ways that they have gone about it have changed over the years. As part of this push to prevent teenagers from experimenting with and abusing drugs, some schools have instituted new policies regarding drug testing.

Currently, most schools don’t have drug testing policies, but more of them are starting to adopt mandatory random drug testing for extracurricular activities. Some people look at this as a form of punishment or threat, but it can also be viewed as more of an incentive not to use drugs.

“This policy is a step forward in my mind in assisting families and children, not to catch them, not to get them in trouble, not to harm them, but because we love them,” commented Tracie West, Auburn City School Board Vice President. The issue was passed unanimously by the school board, despite some parents’ objections regarding the new policy. Some people were concerned that the new policy would invade the privacy of the children. Others were worried about the cost of the drug tests and administering the tests, while others insisted that the new policy would not do much to handle potential drug problems.

Acknowledging that teenagers and children are often in situations where drug and alcohol use is present, even at school, is important for teachers and parents to understand. Chances are likely that more schools will continue to implement similar policies.

Some experts believe that the more tools and systems we have in place to help protect our children from substance abuse issues, the better off we are, but those must include effective education programs so that they choose not to engage in the behavior on their own.