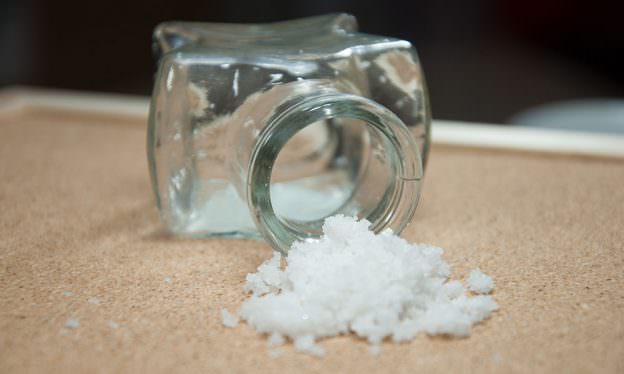 The bath salt abuse trend seems to have come out of nowhere. It caused 23,000 emergency visits in 2011! Even today, bath salts have a widespread effect— especially on younger people.

Don’t underestimate the dangers of bath salt abuse. Read on to learn more about the basics of bath salts, the dangerous side effects they carry, and how to find help if you’re struggling with addiction.

What Are Bath Salts?

Bath salts are a “designer drug,” or a synthetic version of a controlled substance. These particular drugs produce short-lived but extreme highs due to their highly concentrated ingredients.

The lab-grown nature of these drugs is also cause for concern. Not only are synthetic cathinones highly addictive, but factors like ingredient impurity, lack of lab sanitation, and the addition of other chemicals like detergent pose a threat to users.

The main ingredient of this drug comes from the khat plant, an herb native to parts of Arabia and Africa. The plant contains cathinone, a natural amphetamine stimulant.

Alone, khat plants and cathinone can pose a number of health risks due to the presence of methylenedioxypyrovalerone (MDPV). However, lab-generated cathinone is far more powerful. In fact, synthetic cathinone shares a similar chemical makeup to methamphetamine, cocaine, and MDMA. Some people even call it “fake cocaine.”

All things considered, these drugs are relatively new to the United States. But since their introduction, they’ve garnered a lot of (mostly negative) attention.

The U.S. government even signed an emergency federal ban on the drug within a few months of its stateside appearance.

However, as a result of the ban, the drug gained a number of additional street names, including:

Of course, “bath salts” is still the most popular street name for synthetic cathinones.

The use of this drug can bring about a number of dangerous side effects. The results can land users in the hospital, cause permanent damage, or even prove fatal.

Here are a few of the more common side effects:

The most common effect of this drug is the extreme and sudden sense of euphoria, not unlike that experienced with similar drugs like cocaine.

But the high itself isn’t the greatest cause for concern. Rather, it’s the sudden start followed by an almost spontaneous crash three to four hours later. This can put an enormous strain on the body.

Many bath salts users reported feeling a sense of confusion, almost like amnesia. They forgot who they were, where they were, and why they were there. Although this side effect tends to lessen over time, it is possible for a user to never fully recover.

Many people who use bath salts report a massive surge in energy after ingesting the drug. This exhilaration is partially due to an increase in blood flow to the heart.

This may seem harmless, but make no mistake: increased heart rate can be one of the most dangerous side effects of drug use.

In one case, a 27-year-old man was hospitalized after ingesting the drug. Doctors noted that although the man was healthy by all accounts, he now exhibited signs of cardiomyopathy and cardiogenic shock.

Increased heart rate isn’t the only cardiovascular risk of bath salt abuse. Elevated blood pressure is also a major threat. A sudden spike in blood pressure increases a person’s chance of succumbing to a stroke or heart attack.

Our bodies are not designed for filtering toxins like the ones found in bath salts. As a result, a user may experience extreme liver damage, not unlike an alcoholic.

Up to 9% of all epileptic episodes are caused by drug abuse. A single seizure is dangerous enough, but prolonged bath salt abuse can cause repeat incidents, leading to permanent brain damage.

One of the most well-known symptoms of bath salt use is the erratic mood swings that make for unpredictable behavior. Other symptoms include extreme paranoia and anxiety that can last for days after ingestion.

Bath salts are psychoactive substances. The intense chemical reactions they cause in the brain can result in any number of auditory or visual hallucinations. This side effect can be particularly dangerous when combined with mood swings.

The most infamous case of bath salt abuse involving this particular side effect took place in Florida. A homeless man high on bath salts attacked and began cannibalizing another homeless man. He was subsequently shot and killed by police officers. The victim lost 75 percent of his face, but survived.

It’s important to note that, like methamphetamine and cocaine, bath salts are extremely addictive. In fact, studies show that they may actually be more addictive. It doesn’t take much for a user to become addicted.

Bath salts addiction is a scary, eye-opening experience. It comes with a wide array of physical and mental consequences, all of which require professional help.

With that said, if you or a loved one are dealing with bath salts addiction, the battle is far from over. Detoxification, residential treatment, and outpatient treatment are all quality, affordable forms of addiction care. They work even better together.

Enrolling in rehab will give you or your loved one the opportunity to address the addiction as well as learn life-changing coping skills through various intensive therapies.

Bath salts are dangerous substances with frightening side effects and medical consequences. Using these drugs even once can put you at great risk.

Please remember that help is out there.

Reach out today to discover rehab centers in your area that can help you get your life back.