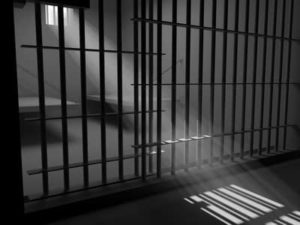 About 6,000 federal prisoners currently incarcerated for drug offenses are set to be released soon. This is the largest release at one time in the United States, and comes after the U.S. Sentencing Commission agreed to reduce the required amount of time drug offenders are mandated to serve.

This mandate stays in line with what most of the country has come to understand; jailing drug offenders is not the answer to the drug problem in the United States. There are potentially more than 45,000 inmates who could get an earlier release under these new regulations.

The White House has also been pushing for federal and state guidelines to change when it comes to drug offenders; however the decision by the U.S. Sentencing Commission was made separately. Up until recently, federal guidelines had severe time requirements attached to drug offenses. After the policy change, the average amount of time that the commission reduced the time required to serve for drug crimes was two years. Most of the prisoners that are set for release will have, on average, served 8 ½ years of their 10 ½ year sentence.

“Even with the Sentencing Commission’s reductions, drug offenders will have served substantial prison sentences. Moreover, these reductions are not automatic. Under the commission’s directive, federal judges are required to carefully consider public safety in deciding whether to reduce an inmate’s sentence,” commented Deputy Attorney General Sally Yates.

The public and government push for the reduction in required time for drug offenses has come after many people realized that treating offenders with rehabilitation and counseling is much more effective than keeping them in prison. After several decades of stiff penalties for drug-related crimes, the drug-use rate in the United States has either climbed or remained steady. Proponents of the decrease point out that this is because jailing offenders does very little to rehabilitate them, in fact many offenders either use in prison or make more drug contacts while behind bars.

The offenders that are set to be released will not automatically go home. They are required to go to a half-way house for a pre-determined amount of time and then they will be given a monitored release. Hopefully, this will also include some form of drug treatment or counseling to help prevent relapse and recidivism.