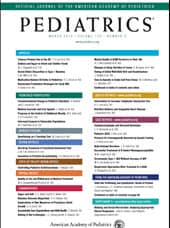 A recent study conducted in England showed that adolescents exposed frequently to alcohol in movies were more likely to engage in drinking at a young age. The research indicated that children who watch films that portray alcohol use are more likely to not only have tried alcohol but to also engage in binge drinking.

Underage drinking and risky behavior associated with drinking alcohol continues to be a problem in the United States and other areas. This study may point to at least one reason why it is such a difficult problem to handle. Researchers in England referenced studies conducted in the U.S. as well, to prove that the amount of alcohol consumed by characters and how the effects of alcohol are portrayed in movies may be detrimental to youth around the world.

In order to conduct the study, researcher provided 5,000 adolescents with a computerized survey. The survey asked the children to indicate whether they watched certain movies out of a list of popular films. Researchers had previously measured the amount of time (in minutes) alcohol and drinking was present in each movie. By the end of the survey, the research team was able to calculate, in minutes, the amount of time the children had been exposed to alcohol usage or abuse in films. In addition to the movie questions, the children were also asked questions about their drug and alcohol intake.

It was discovered that the children who reported over an hour of exposure to alcohol and scenes that portrayed drinking were twenty percent more likely to engage in drinking activities than the children who had seen the least amount of alcohol in movies. The results from the study directly correlate with similar studies conducted in the U.S. and other countries.

While pop culture itself cannot be entirely blamed for the behaviors of adolescents and young adults, there is plenty of evidence to support the effect it does have on the population. Perhaps more artists can take that into account of what messages they are sending, intentionally or otherwise, and more parents can try to monitor the content their children are exposed to.

“The important thing is education – alcohol is a drug and can have adverse effects on the lives, not only of the people who drink but also on their families and society: people need to be aware of the adverse effects of irresponsible alcohol use and of the fact that it could ‘happen to them,’” commented Andrea Waylen of the School of Oral and Dental Sciences. The study itself was published in the journal Pediatrics.

If you suspect that your child is engaging in underaged drinking, contact us for more information about staging an intervention and finding the right treatment.