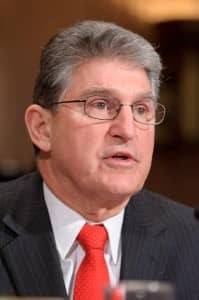 Senator Joe Manchin (D – W.Va.) issued a letter on March 10th to Health and Human Services Secretary Kathleen Sebelius urging the Department to overturn the FDA’s approval of the new painkiller Zohydro. The drug is a powerful form of hydrocodone that has many people worried throughout the country.

In his letter, Manchin wrote, “For inexplicable reasons, the FDA approved Zohydro ER despite strong opposition from its own Anesthetic and Analgesic Drug Products Advisory Committee, which voted 11-2 against allowing Zohydro ER to advance in the approval process. Simply put, the FDA’s approval of Zohydro ER, in its current form, must be stopped before this dangerous drug is sold to the public.”

The Senator also expressed concern over multiple allegations that FDA officials have taken payments from pharmaceutical companies and that a “pay to play” system of corruption has been in place for some time in the world of legal drug marketing.

West Virginia is just one of the multiple states throughout the country that have seen the devastating effects of opioid painkiller abuse and addiction. Overdose deaths and a plethora of other problems have risen and caused hardship for millions of people. The drug is feared to have similarly devastating effects as OxyContin has had, which is an extended-release version of the powerful drug oxycodone. Zohydro is also an extended-release drug that is said to be many times stronger than other hydrocodone products currently on the market.

If you have a loved one struggling with an addiction to prescription painkillers or any other type of drugs, contact Addiction Treatment Services to find out more about intervention, rehabilitation, and other recovery resources.