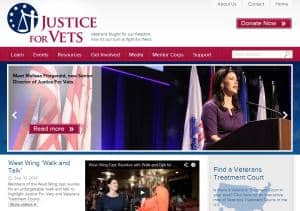 Prescription drug addiction is a real problem for returning veterans injured in battle. Studies show that combat veterans are disproportionately struggling with addiction to prescription drugs than the rest of the population. Half the veterans who were prescribed opioid medications continue to use them chronically. When connections with military doctors fail, and the shoebox of “just in case” prescriptions run out, veterans turn to illegal sourcing for the medications and wind up in the court system.

Veterans Treatment Courts are located across the country and are manned with judges who only preside over veterans-only dockets. The Veterans Treatment Court judge is more likely to have a better grasp on exercising discretion and responding with better treatment options than a judge who rarely presides over cases involving veterans. Veteran Treatment Court judges also have a better comprehension of the types of issues veterans are dealing with, like substance abuse, PTSD, and traumatic brain injuries.

The Honorable Robert Russell of Buffalo, New York founded the first Veterans Treatment Court in 2008, after noticing that the number of veterans was increasing on the Mental Health Court and Drug Court dockets. He saw the benefits of involving veterans he had on his staff in the justice-involved veterans’ cases and recognized that more could be done to make sure veterans were connected to the treatments and benefits they earned through their military service.

Veterans involved in Veterans Treatment Courts have required bi-weekly court appearances at the beginning of the program. Those required appearances taper off at the discretion of the judge in charge. They undergo frequent, random testing for drugs and alcohol use and attend mandatory treatment sessions. The strict structure of the program, similar to military structure, is key to preventing veterans from repeating offenses. With the help of the Veterans Treatment Courts, vets are able to stay out of the criminal justice system.

“The holistic approach seems to really work, because not only do they have to be clean, they have to learn coping skills and independence,” said Christopher Deutsch, communications director for the National Association of Drug Court Professionals.

Most who go through the Veterans Treatment Court program graduate within 12 to 18 months. Click here to learn more.